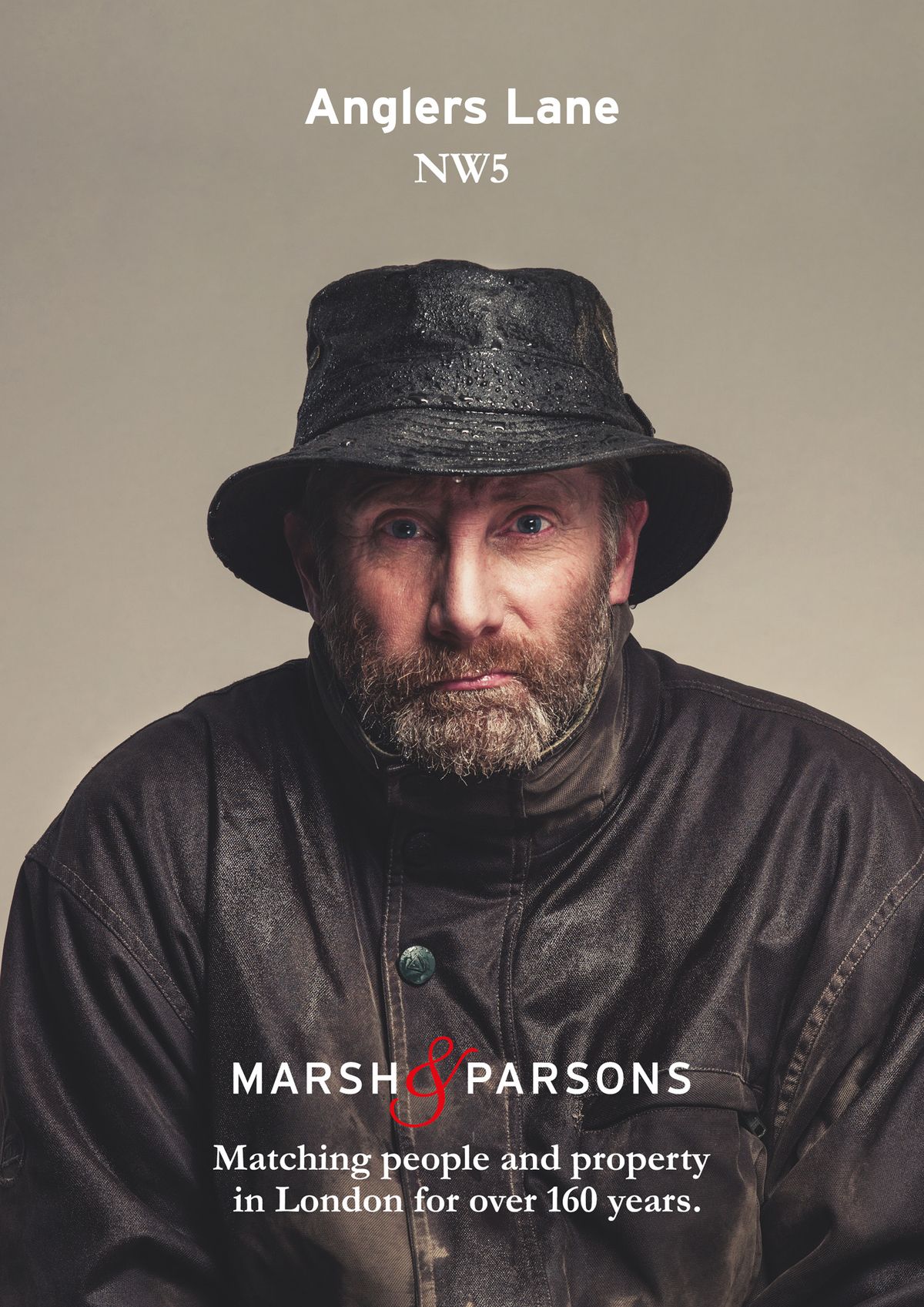 Advertising Photography - Casting for a campaign

Since 2014 I have had the great privilege to work on the Marsh & Parsons campaign, a dream commission that has become part of the London landscape and has gained awards for the client with such accolades as best Marketing Campaign for Estate agents in London and nationally.

I don't produce the concepts but I have to deliver the images that communicate the metaphor for a property type, or maybe a pun on a district or specific location such as a road.

That is the genius of such a campaign and working with these great ideas does make my life easier?

Well not quite, casting is critical and finding a balding man with a comb over is not what I thought of when I signed up to be a photographer!

Beautiful people are part of the mix, but characters are required for many of these concepts, so I try and cast with actors rather than models.

One of the recent subjects I needed was a guy that was 'Wapping' he needed to be big but not too big and threatening, I saw hundreds of 'BIG' characters many played bouncers or Heavies on Crime programmes, none seemed to have the right quality, then I remembered a recent commission when I photographed a garden designers website & I remembered a great mountain of a young man who was perfect, fresh faced and built like a Brick Out house, he was the character I thought was right but it took a lot of conversations to convince him it was not a wind up from his mates.

Along the way I must have seen thousands of actors and models portfolios, searching for a man with a beard seems easy, but the right beard is subjective and certainly actors will change their appearance so you have to check for the current state of their follicles.

Hair styles & hair colour is a big issue so I ensure that I see a current selfie to double check I am not choosing a trim blonde and get a plump brunette.

Ideally I cast for fashion or advertising shoots at a casting studio or at the model agency, when this is possible it is the best way. But when you are looking for a character with a great red beard, there are not that many available and so though the wonders of selfies & email, ensure that the subject can be booked and travel from as far as Scotland for a two hour shoot in Stratford on Avon.

Over the years I have often found who I am looking for after I have done the shoot, the perfect subject is often seen after a shoot, but I try and add them to my future projects file and is often the case I shall be asked to produce a similar portrait to the one I have just done, so a bank of suitable subjects is a good idea.

I do approach people in the street and get a camera snap, it is a little strange but I seem to be able to do it as I'm usually with a camera around my neck or maybe I have a trust-worthy face, but if someone is reluctant I just give them a business card and let them contact me, it usually works.

I am looking forward to the next brief and wonder who I shall have to find, it is great to meet so many interesting people and collaberate to produce a portrait of a character.

Maybe you shall be the next?

Casting calls can bring some interesting results, a listing call for a mature lady over 65 managed to attract a number of interested ladies some of which were under 50, I'm sure they meant well and could act older but applying for something that is out of the brief perimeters. I suggest that someone who is not suitable for the brief does not waste their time doing this.

It's a difficult as an extra, actor or model and I know that every opportunity should be pursued but some folios have images that are so out of date they deserve an historic listing. Make it easy and keep images up to date and don't post a whole series from a single photo shoot. I personally think about 10-15 images are enough on a site like www.starnow.co.uk - most folios are as good as the worst image in them.