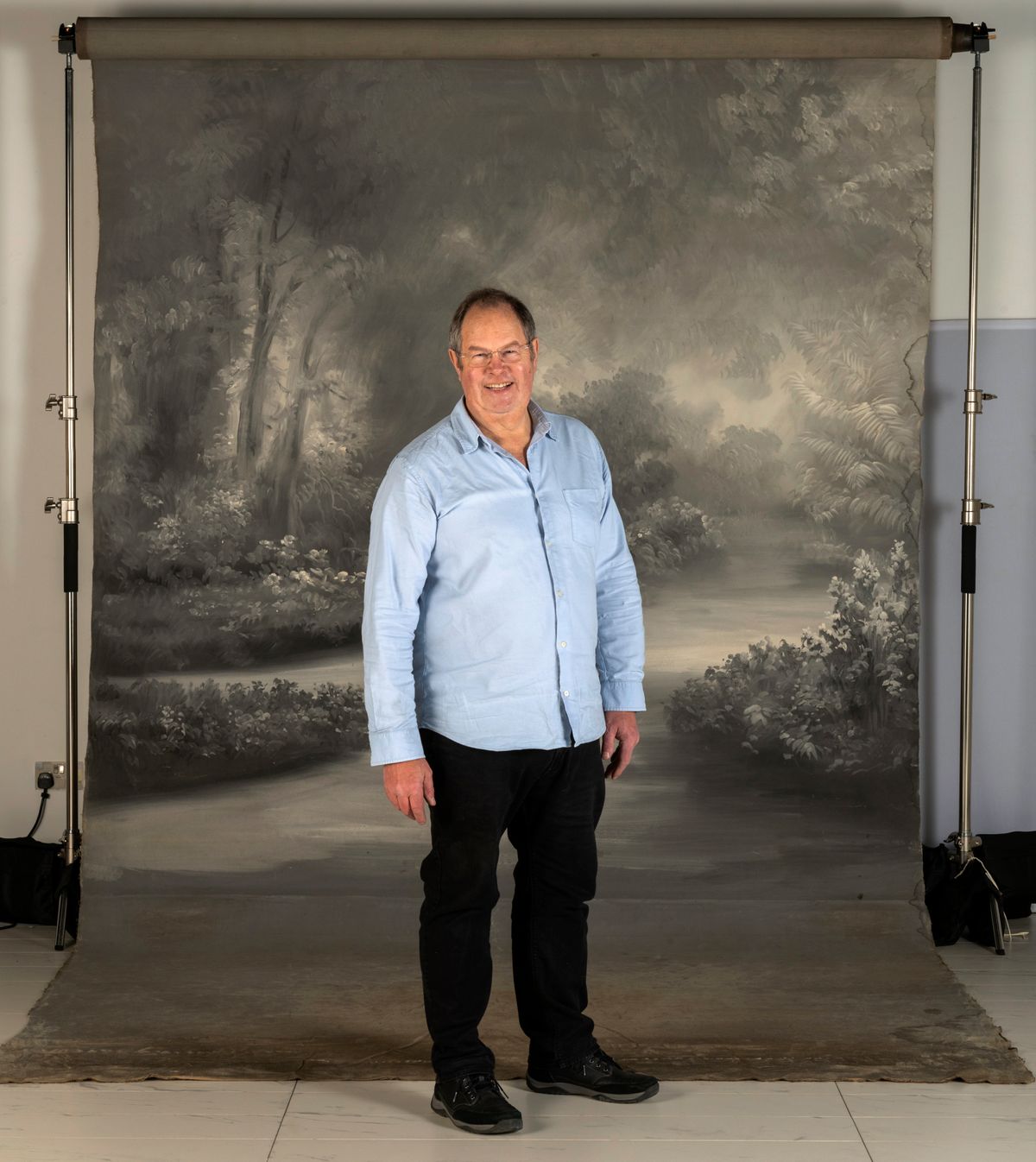 In the late 1970's I came across the Ernest Dyche studio at 354 Moseley Road, Sparkbrook. The owner a Malcolm Dyche was retired and generously showed me the old studio where he still occasionally worked, it was a wonderland and although I had my own studio in Digbeth ( Pictures,164 Deritend) I certainly had studio envy. There was standing at the side a contraption that had a background canvas, in fact it held over 6 backdrops and after a long negotiation I eventually purchased them and used them for a calendar project I had been commissioned to shoot. The Stand and backdrops then followed me on on a few studio moves and eventually became a decorative 'Objet d'art' in my home, initially in Warwickshire then London and back via many interesting locations. During this time I used the backgrounds for some commissions and projects, but as I downsized and returned to Warwickshire it became apparent that the beautiful collection of canvas's and their stand would be best found a better home as they were just stored and rarely used.

A number of parties were interested in the backgrounds, and eventually the connection to the now famous Dyche Archive became apparent, so the stand and the canvas background that hundreds of Brummies have been photographed against are finally joined with the images and negatives at the Birmingham Archive at the Library.

I delivered the backgrounds last year and have just returned to photograph them so they can be used in the forthcoming exhibition at the library, The exhibition 'City of Empire to City of Diversity' is part of the events relating to the Commonwealth Games, that Birmingham is hosting. I am so pleased that the backgrounds have returned to Birmingham and shall be part of the city's rich history..