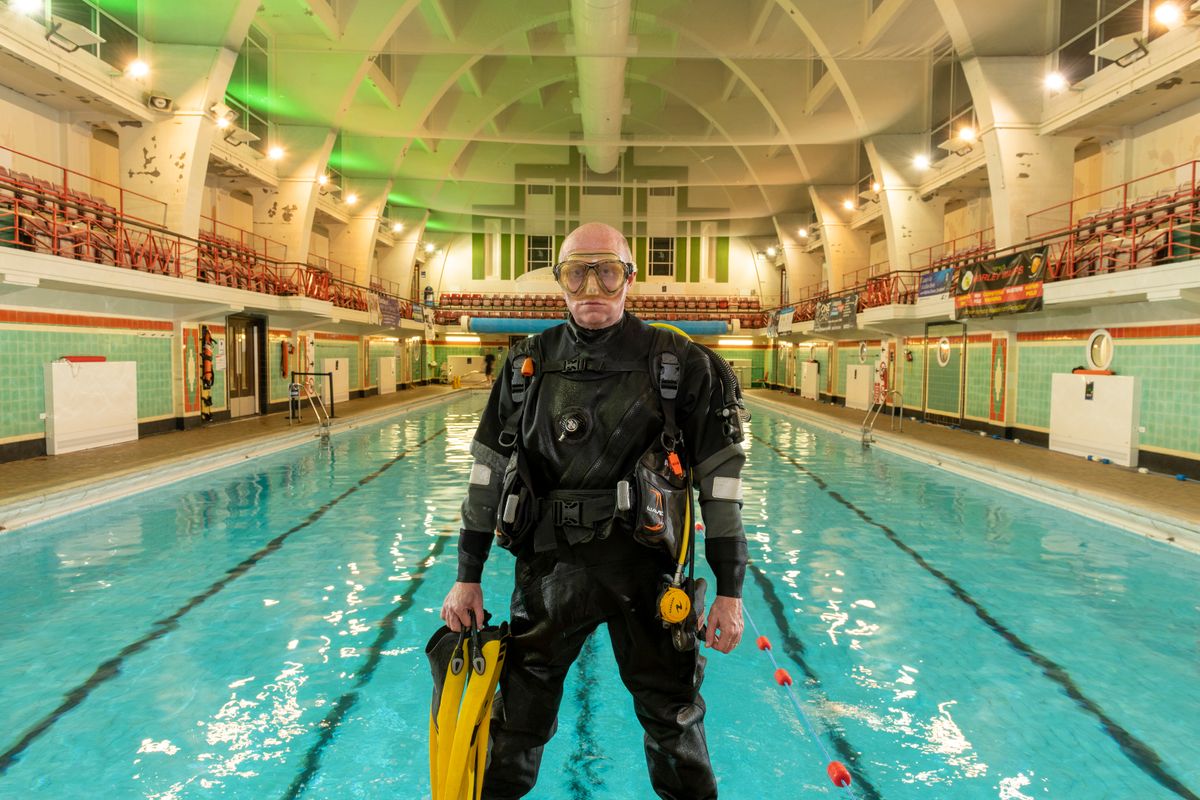 Last year the Commonwealth Games was a dream, something that seemed ages away, I was inspired by the fact that a new Aquatic Centre was going to be built and it would be a great legacy for the region. The next generation of swimmers would have a world class facility to use and it was not just the swimmers that shall use it, I know from personal experience as I grew up in West Bromwich, and Birmingham but I was always a fan of all things Aquatic, I watched Jacques Cousteau and from about 9 years old wanted to be a scuba diver, not just an enthusiast, but a professional. So I joined the West Bromwich Sub Aqua Club and would practice the sport in the pool at West Brom, that pool has long since shut, but it reminded me of other pools we used, Rolfe Street Baths, now preserved at The Black Country Living Museum and Smethwick -Thimblemill Road baths, the memory of those days flooded back and inspired me to revisit and celebrate what was a big part of my childhood.I hoped to develop this into a much larger project, to shoot all the pools and aquatic venues I swam or dived in, in the West Midlands and maybe beyond. The idea is still possible but a sponsor or maybe a commission is maybe the way forward?

I shot at a number of venues with the aquatic participants, from wild swimmers in the Warwickshire countryside to ladies swimming clubs at Droitwich Lido.

The members of Sandwell Alpha BSAC kindly allowed me to photograph on a practice night and this is one of the results, maybe I shall return to more of the Aquatic locations of my youth, but I still have those wonderful memories of a youth not mis-spent at many pools and swimming venues,I have continued to swim when ever I have pool access or occasionally the sea or wild swimming location and I did use the skill as a surf photographer (in the water) and later as I went on to shoot underwater for a few projects, but diving came second to what became my major passion, photography.