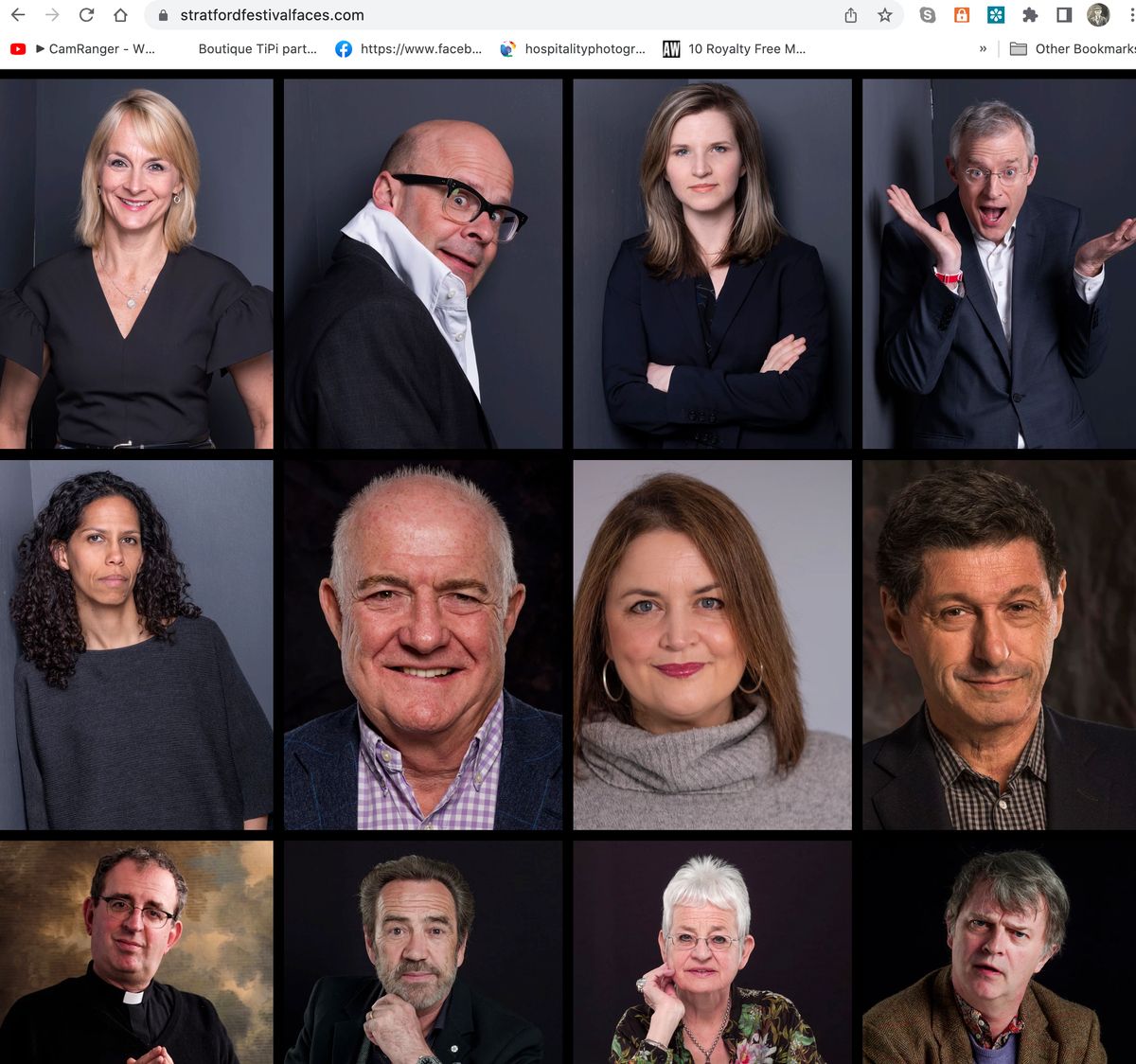 I have had the privilege to photograph the authors and celebrities at the Stratford Literary Festival since 2015, I approached the festival then as I had enjoyed a successful project with Stratford’s Art Festival with a series of portraits shot at a pop up Studio in 2014, sadly the Arts Festival did not plan to continue so an alternative annual event such as the Literary festival seemed like a natural choice. The director of the festival, Annie Ashworth kindly agreed to let me try out a season and it seemed to work well, the aim was to create a body of work that documented the subjects that visited the festival and in the long term archive the material for the town.

Now in 2022 there is another year of the festival and it celebrates its 15th year, sadly I was not involved at the beginning, but I now have a strong collection of portraits that shall become an archive collection, certainly at Birmingham Library Archive where I have already a substantial collection of work from my career and projects such as the “Movers & Shakers-Faces of a changing city’ and ‘In the American West Midlands’.

I have published the portraits along the way, having an exhibition at the then Artshouse in Stratford upon Avon , but also some images have gained success in wider exhibitions such as the AOP annual awards, with images of Sir Tim Page and Sir Michael Parkinson.

There work has become part of my website that is predominantly commercial but has my “art” photography has also featured, however it does slow down the site and is not doing justice to the project, so I have created a stand alone site for the work.

Stratford Festival Faces website is now live and although still in progress as most websites are, it certainly better represents to project and can evolve as the festival continues to enjoy its successes.